Women in power
A great article about a flight attendant named Sara Nelson who may become the next head of the AFL-CIO, the largest federation of labor unions in the United States. She’s extremely tough and smart. She is also beautiful and petite, so men underestimate her. As the journalist wryly notes, as a flight attendant, her specialty is “getting unruly people to do what she wants.” What’s exciting is that she seems to be willing to engage in head-on battles with employers; as she sees it, workers are fed up with shitty jobs and willing to strike. She had a big hand in ending the government shutdown because it was the prospect of chaos in the air (and airports) that finally made Trump back down. She organized the labor pressure that built and made sure that warnings were loud and clear in the media. I know, I used the T-word and strayed onto political ground, but the search for how to build a new, more humane economy absorbs a lot of my interest these days, and women have been leading in many of the new directions.
https://nyti.ms/2GFlXlN

Geology
A wild story for those of you who have been to Namibia. Once upon a time, a very long time ago, glaciers moved from Namibia to Brazil (yup!), which is why we see those strange whaleback rock formations in the Namibian desert. It’s the hottest place I ever lived; hard to imagine. Also hard to imagine Namibia being anywhere near Brazil.
https://nyti.ms/2V0ea5b

Bacteria talk to us
This one is shocking. It has long been known that bacteria cannot cross the “blood-brain barrier,” i.e., that the brain is a sterile environment. Now it’s turning out that even if that is still true, bacteria in our guts are sending all sorts of signals to our brains. Sadly, a lot of the research involves using many special strains of mice as lab animals, but the pace of learning is impressive and the lessons are potentially really important. For example:

The bacteria you are harboring are talking to you!
https://nyti.ms/2SiOjI9

Burning Man
For those of you (including me) who have wanted to go to Burning Man, the attached photo is a good dose of reality. Looks kind of ghastly, kind of amazing to me. I have forgotten where I found it -- possibly the NYT. 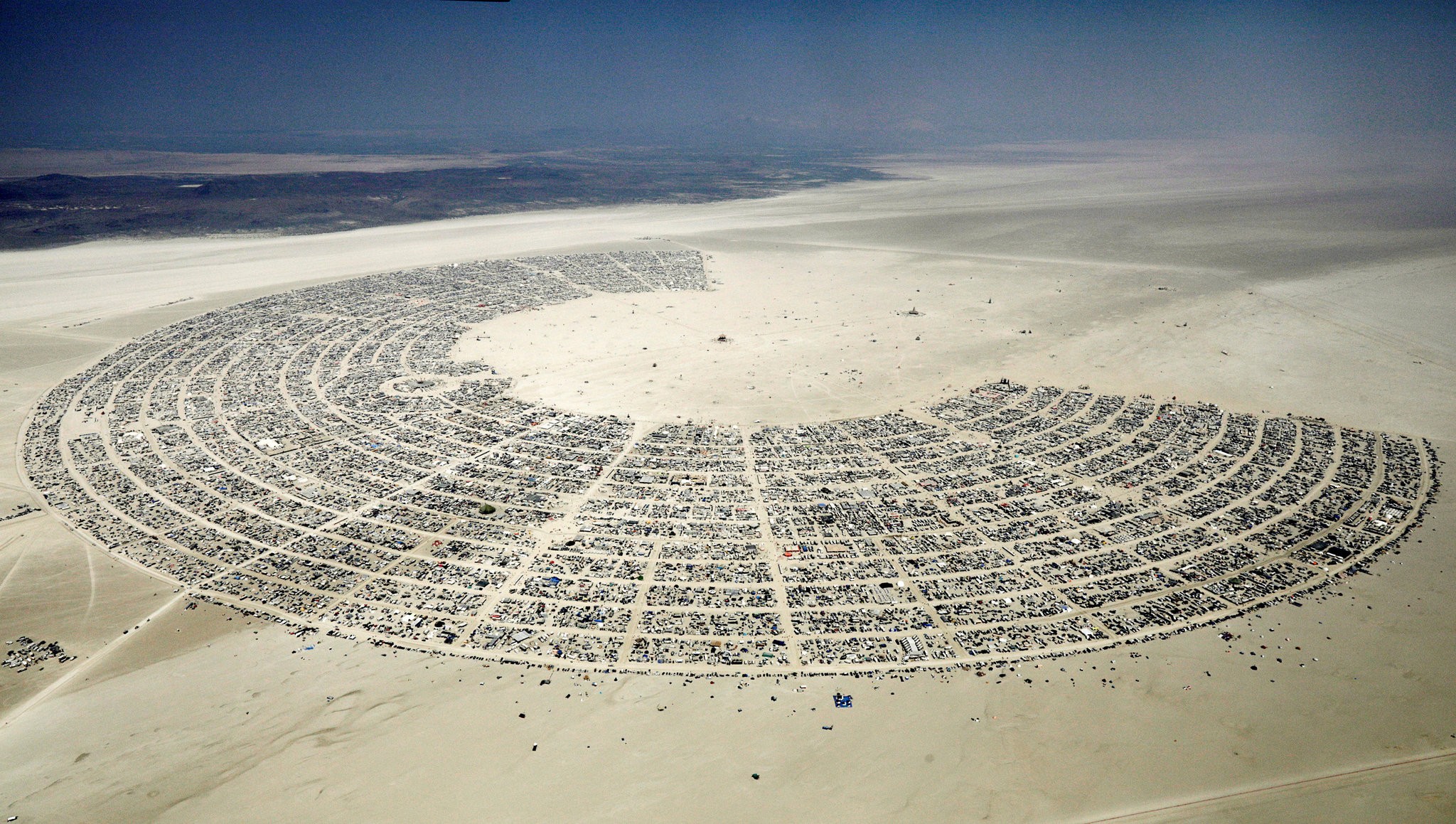 From my colleague Petra: a warm and fuzzy animal story from the BBC. The subject of her email was “Only in Estonia.” I asked her what she meant and she said “Estonia is a nice country with nice people and obviously nice wolves (when very cold).”
https://www.bbc.com/news/world-europe-47330924