Photography
The photographer Michael Wolf died recently. His photos of high-density housing in China had caught my eye, but his website has many other gems like these portraits. I think he’s amazingly creative; for example, under “life in cities,” “tokyo compression” are photographs of subway riders packed so tightly into trains that they’re pressed against the glass, and the images take on a fantastic other-worldly quality.
http://photomichaelwolf.com/#portraits-made-in-china-1997-1998/1

Turbulence
A very interesting update on how turbulence works. The new findings have no immediate application that I’m aware of, but the explanations are pleasantly clear and understandable.
http://nautil.us/issue/71/flow/how-does-turbulence-get-started

The asteroid that killed the dinosaurs
This is one of the most amazing articles I've ever read. I can hardly recommend it enough. It's about a recently-discovered fossil site that documents the moment that the dinosaurs died, and the statistics are astounding. The asteroid was at least six miles in diameter. It hit near the Yucatan, vaporizing the ocean and digging a hole 18 miles deep into the crust. When the crust rebounded, it made a peak that was temporarily higher than Everest. The plume of liquid rock that formed the ejecta stretched halfway to the moon. Material eventually landed on Mars, Saturn, Jupiter, and their moons. The atmosphere became red hot within 1500 miles of the impact site, and toxic from the many metals and other elements that were vaporized. Ejecta partially orbited the earth and set fire to the entire Indian subcontinent as it re-entered the atmosphere. The impact is estimated to have killed 75% of all species and 99.9999% of all organisms alive...and so on. It's truly worth reading.
https://www.newyorker.com/magazine/2019/04/08/the-day-the-dinosaurs-died

Horses
A wild Kentucky Derby photo. The caption reads: “From left, Country House, War of Will, Maximum Security and Code of Honor fought for position in the final turn.” The guy in the pink won and was then disqualified for getting in the way of another horse earlier in the race, leaving the guy in the yellow as the winner. I love the determination shown by the jockeys, but I’ve often wondered what goes on in the equine brain -- how often are horses themselves are trying to win individually, versus just enjoying a group run? It’s strange that they are willing to sprint so close together that they are rubbing. There’s also a nice video of a female horse whisperer in the middle of this gallery, which shows the beautiful country around Bogota: http://www.bbc.com/travel/gallery/20190523-colombias-indomitable-horse-whisperer 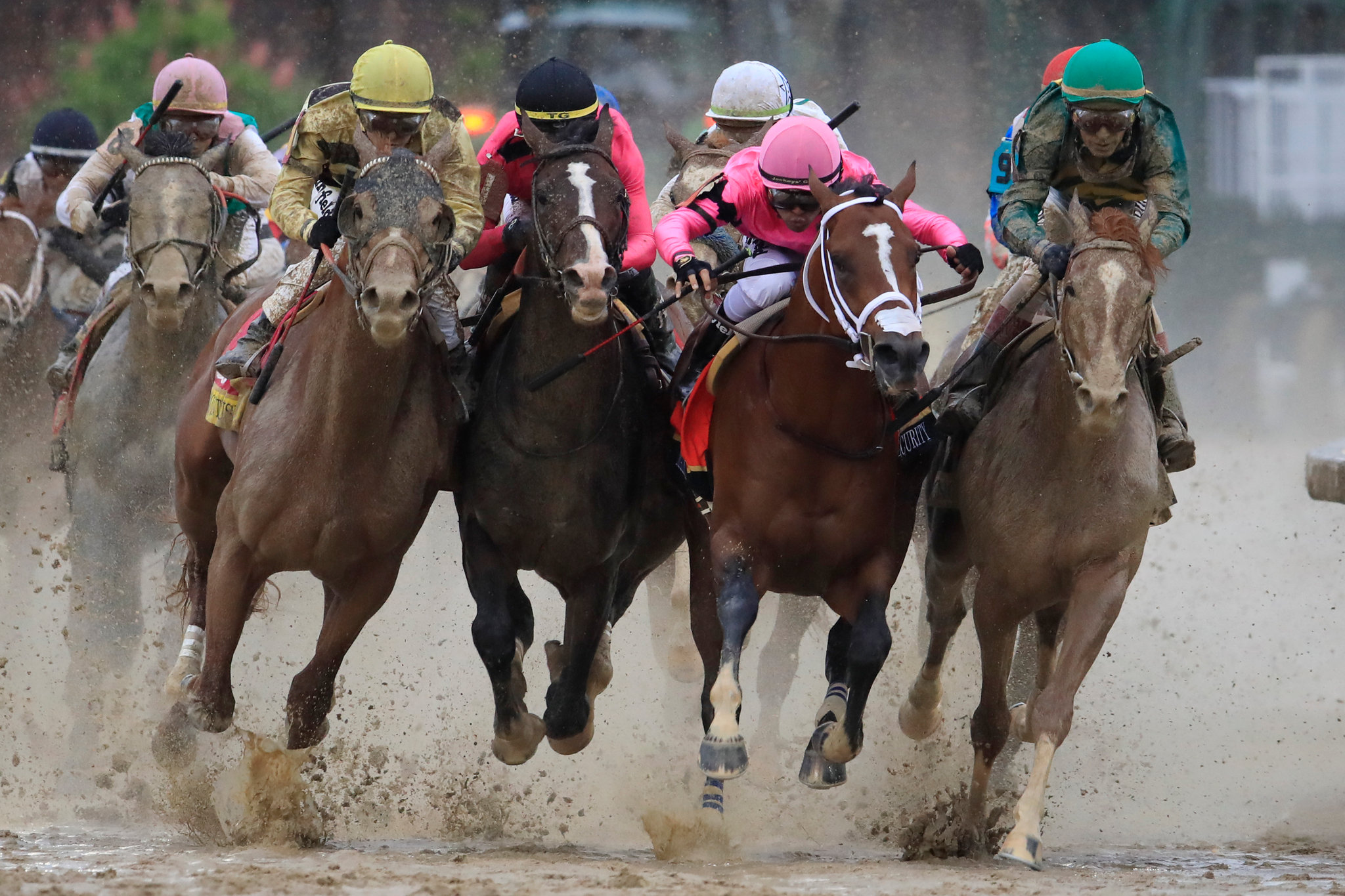 Playground safety
A great NYT article on playground safety. This article is backed by a couple of big studies, and one of the researchers says “I came to the counterintuitive conclusion that engaging in risk is actually very important in preventing injuries.” Fucking A, baby! Just do it! (but calculate the risks). Sitting in your chair for more than 2 hours at a stretch is more dangerous than most “risky” sports anyway.
https://nyti.ms/2WzlyFS

Food and global warming
A very well-researched and well-presented article on “How to shop, cook and eat in a warming world.” I think you’ll like it.
https://nyti.ms/2DDWypo

CEO pay vs employee pay
This chart is fascinating. Note that it can be sorted by different columns. It gives you a gut feeling for how CEO and employee pay correspond. You hear things like “The CEO makes 1000 times more than the average employee”; well, how common is that? Should I be outraged? (yes) This shows data for the highest-earning CEOs of 2018. The color bars show what the pay comprises (Elon Musk made a gigantic windfall in stock options in 2018, but seems to have almost no salary).
https://nyti.ms/2HWUgmS

And finally, to update an earlier letter, just this morning, Teresa May finally announced that she’d be stepping down, which brings the exhausted and exhausting Brexit mess dragging around another corner of some sort, with perhaps even less clarity ahead.