Ships switching to cleaner fuel
This is one of those bits of good news that is buried in the headlines (the article is readable without a subscription). It’s also a perfect example of a bit of regulation that industry threatened would be disastrous for their business. As usual, they were exaggerating.
https://www.wsj.com/articles/smooth-sailing-for-ships-after-historic-fuel-switch-11579019829

Architecture
A cool article on the architecture of Antarctic bases, which is very avant-garde. This is a photo from the NYT of the Shackelton expedition standing around in a tent on the ice and listening to music (the tent was so cold that no-one slept in it). Every man in the photo looks competent, relaxed, thoughtful, content enough, and you see no evidence at all of intra-group tension. Shackelton gets credit for saving them (and I’m sure he deserved it), but I also get the feeling that they were a very unusual group, individually and as teammates.
https://nyti.ms/39HkmqT 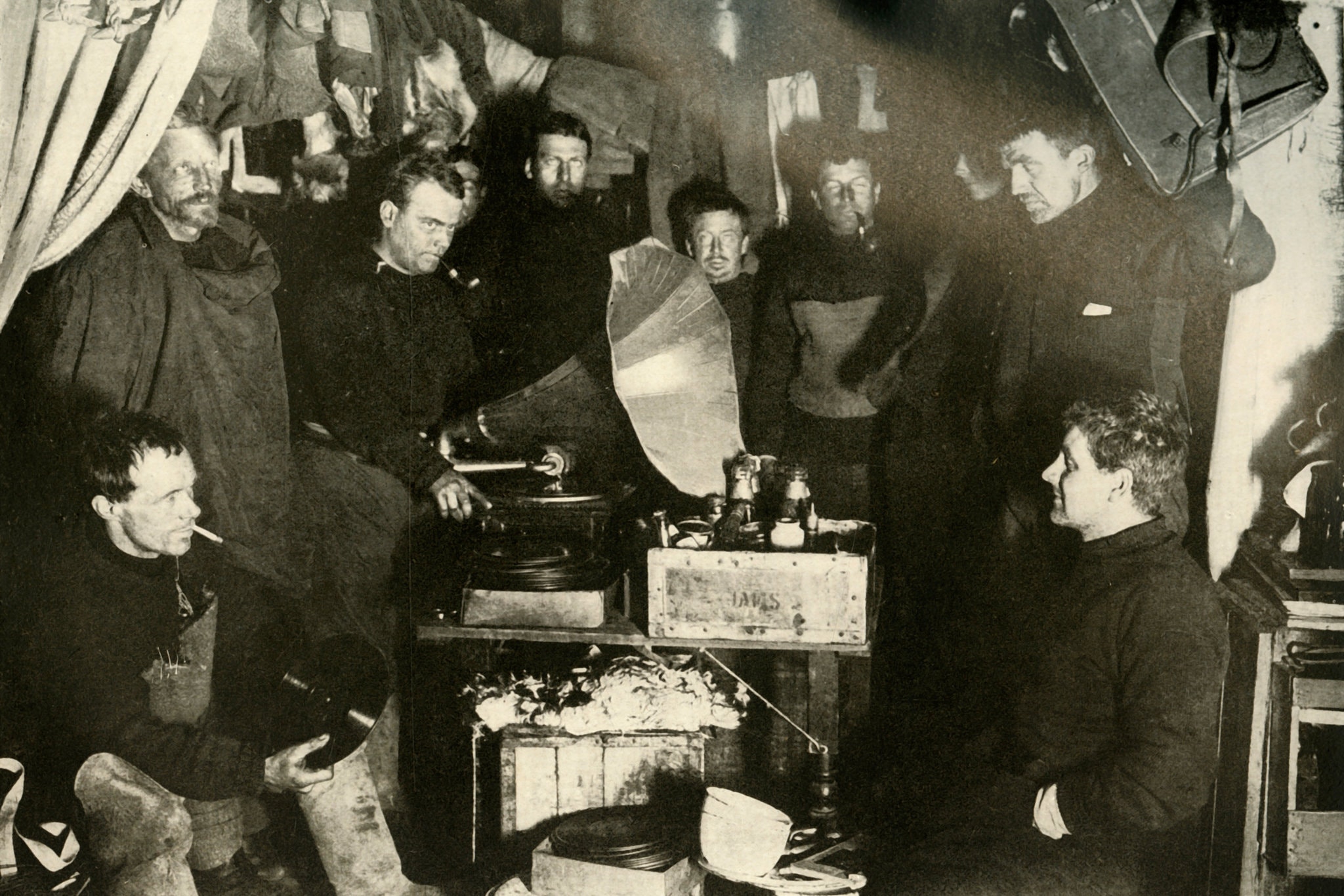 Planetary science
A nice short article about the eccentricity of planetary orbits. I hadn’t realized but in winter we are actually 3 million miles closer to the sun than in summer, but the earth’s orbit is so very nearly a perfect circle that the difference doesn’t affect temperatures in either season.
https://nyti.ms/2RrRZXv

Ancient history of earth
Another discovery (maybe) of the missing crater from a huge impact that threw debris over 10 percent of the planet. I find this search for clues about the really ancient earth interesting.
https://www.nytimes.com/2020/01/07/science/crater-laos-meteorite.html

Understanding knots
The article is not interesting but the discovery is quite important (I think), because knots have been very hard to study mathematically and yet a lot of things in nature make knots, including at minute scale. The breakthrough was spurred by a new material that lets you see what is happening.
https://www.npr.org/2020/01/02/793050811/a-knotty-problem-solved

Physics
“Dark energy” is the vague and totally unsatisfying answer that physicists came up with to the question of why the expansion of the universe is accelerating; it is the idea that “there must be something out there which we can’t detect with any known technology and it is pushing everything apart…and oh, by the way, it constitutes 70% of the matter in the universe.” Here is the first interesting alternative I’ve seen: that perhaps gravity involves particles that have their own mass. All very odd and obscure, but perhaps a little more satisfying, if correct. They also mention that there is some evidence that the speed of gravity (how fast it acts on other mass?) may be faster than light. I don’t know what that means either, but I suspect it would open doors to all sorts of novel ideas.
https://www.theguardian.com/science/2020/jan/25/has-physicists-gravity-theory-solved-impossible-dark-energy-riddle

Australian bush fires
I’m sure you have all seen images of Australia, which is having the worst fire season ever. This short video gave me a feeling for what it’s really like. It includes a guy who can’t say much besides “Fuck!”, but I figure that probably sums up the way I’d feel.
https://youtu.be/LWR-KrCX6RE

Wobbles in détente
Russia has just announced that it possesses hypersonic glide missiles (China and the US also have glide missile programs). I read a science fiction book that introduced the idea of “rodding,” which meant dropping titanium rods from orbit onto targets on earth. By the time the rods hit, they were going fast enough to do nuclear-weapon-scale amounts of damage (generally, stuff burns up in the atmosphere, so the trick is to get it through the atmosphere without burning up). The same idea applies to glide missiles. Glide missiles are launched into orbit and then fall back to earth. They are going at least 4X the speed of sound when they hit so that, like the titanium rods, they don’t even need to have warheads to cause a nuclear-scale explosion. Furthermore—and this is what threatens to upend détente—they have little fins on them that allow them to be steered on their downward trajectory, which makes them un-hittable by standard defenses. Regardless of whether the announcement is hyped or not, it represents a scary new chapter in the détente story. I guess the uneasy truce will return when enough nations have them—what a thought!
https://www.bbc.com/news/world-europe-50927648

Digital privacy
Three things you can do to improve your privacy on an iPhone (by making it harder to track your every movement). They only take a couple of seconds and are worth doing.
https://www.nytimes.com/interactive/2019/12/19/opinion/location-tracking-privacy-tips.html

Feral pigs
Feral pigs are a problem all over the South, and they're headed north (this is really interesting!)
https://www.nytimes.com/2019/12/16/science/feral-pigs-canada-texas.html

DNA circles
Scientists have long ignored the inconvenient fact that sometimes-not-so-little circles of DNA are floating around in our cells. What are they doing? And what happens when the cell divides? Are they heritable in the same way as genes are? What if all of the circles end up in one half of the cell? The article is fascinating.
https://www.nytimes.com/2019/11/20/science/dna-genetics-cancer.html

Surgery
Old, frail people should be much more wary of surgery than they are (no need to read it unless you doubt the statement).
https://www.nytimes.com/2019/12/13/health/frail-elderly-surgery.html

Get exercise
It helps everything (no need to read it, but the list of effects is impressive).
https://www.nytimes.com/2019/12/25/well/move/fitness-trends-studies-2020-decade-exercise-phys-ed-gretchen-reynolds.html

Humor
Dave Barry has a perfect ear for the huge, collective, weary shrug that the American public gives towards the turmoil in Washington. Some of it’s not funny, but I liked these two paragraphs:

“The Democrats, led by Rep. Adam Schiff, a man who — this is merely an observation, not a criticism — would not look out of place popping up from a prairie-dog hole, accuse Trump of breaking the law in the Ukraine phone call, while Trump defenders insist that technically there was no quid pro quo, in the same sense that, in “The Godfather,” the severed horse’s head in the movie producer’s bed was technically not a threat.”
“For the Democrats, there is good news and bad news. The good news is that Trump’s poll numbers are down. The bad news is that the Democrats are ... the Democrats. Their front-runner, Joe Biden, continues to struggle on the campaign trail, as exemplified by an appearance at a 7-Eleven store in Waterloo, Iowa, during which he addressed the Slurpee machine as ‘Your Excellency.’”
https://www.washingtonpost.com/magazine/2019/12/29/dave-barrys-year-review

A very close call
There are some things I would rather never have to worry about when riding a motorcycle.
https://www.cnn.com/videos/world/2019/07/03/india-tiger-chases-motorcycle-orig-vstan-bdk.cnn

Trick riders
I think it’s pretty nuts that the horses are not tied together (there’s a great moment near the end when she does the splits while one of the horses turns around under her).
https://youtu.be/zF6J5Sra9Vk

A race to the Pole, Saturn's rings, a smart octopus, and a gigantic new salamander.