One of the truest tests of character is a person’s ability to overcome self-pity in the face of adversity. No trait more reliably commands our respect.
Mr. Kavanaugh faced adversity last week. He seemed offended that his boundless ambition to affect the lives of 328 million Americans as a justice of the Supreme Court should incur criticism from members of the privileged circles in which he has lived. The adversity was perhaps undeserved, but his response to it was to embrace self-pity with both arms. Dr. Christine Blasey Ford, in contrast, refused to pity herself, and in so doing convinced everyone of her strength of character. In one of the most remarked-upon moments of the hearing, Senator Leahy suggested a self-pitying phrase, “You were the object of the laughter?” and she rejected it, responding “They were just two friends, having a really great time together.”

Through angry weeping, Mr. Kavanaugh reminded us of his perfect resumé, as if it proved his innocence. He indulged his desire to pity himself with a nakedly partisan attack against the Clintons, making a mockery of his claims of impartiality. He insulted Congresswoman Amy Klobuchar for respectfully asking a question about his drinking that was at the heart of the allegations. It seems plausible that Kavanaugh and Walter Judge, while drunk, assaulted Christine Blasey Ford exactly as she described, and simply forgot about it afterwards.

Men like Nelson Mandela and John McCain never expressed self-pity for the horrendous abuses they suffered. Yet when a solicitous Republican said to Kavanaugh “I can’t imagine what you have been through,” Kavanaugh snapped “No, you can’t.” A less mature, judicial temperament could hardly be imagined.

The Republican members of the committee, all male, sat in silence while a female prosecutor asked their questions for them. Fear of strong women seems to pervade the Republican party. Several of them agreed that Dr. Ford’s testimony was credible, but then patronizingly suggested that she must be mis-remembering who attacked her. They congratulated themselves for their chivalry, but true chivalry requires the integrity to act on one’s principles. Surely there are Republican men who have doubts about Kavanaugh. Bravery among Republican senators was confined to Jeff Flake, protected by his impending retirement, and two women, Lisa Murkowski and Susan Collins.

When cracks began to show in Mr. Kavanaugh’s façade, he was rescued by Lindsay Graham, who cried crocodile tears. The Democrats have perpetrated “the most unethical sham since I've been in politics!” he roared, conveniently forgetting that his own party denied President Obama’s Supreme Court nominee, Merrick Garland, without justification. Put on your man-pants, Mr. Graham! Even if Diane Feinstein did leak the assault allegations to the press (which she denies), she is at worst guilty of beating her Republican male counterparts at their own game of political hardball. Let us not forget the big picture: The Republicans control both houses of Congress and the presidency and are trying to ram down our throats one of the most partisan judges in the country, who will tilt the court for the rest of our lives. A moderate nominee would have sailed right through. For Lindsay Graham and Chuck Grassley to proclaim their party’s victimhood is political cowardice.

President Trump has a certain reckless political courage, yet he feeds the Republican party’s victim narrative and indulges in petty, personal attacks on his critics. Self-pity in the most powerful man on the planet shows an almost incomprehensible weakness of character. Self-pity in the country’s most powerful political party is dangerous, when so many Republican congressmen lack the integrity to challenge the president. Believing oneself a victim may provide psychological justification to commit nearly any offense. Just look at how Republicans treat Hilary Clinton, a defeated adversary who was never convicted of a crime and is now a retired grandmother. Do the men and women at Trump rallies who chant “Lock her up!” really feel victimized by her? Still? Or does the victim story just give them cover to act badly?

It is odd that Republicans pity themselves in their moment of power. It is odd that Republican voters (particularly Southerners, who pride themselves on the manly virtues of courage and chivalry), repeatedly re-elect and promote self-pitying men. A self-pitying, hyper-partisan white man is unlikely to benefit the Court, the country, or even Republicans of the future. Why not choose a nominee who can face adversity “like a man,” or perhaps we should say, “as well as a woman”? For the sake of all Americans, can’t the Republicans nominate a justice who has integrity and strength of character? 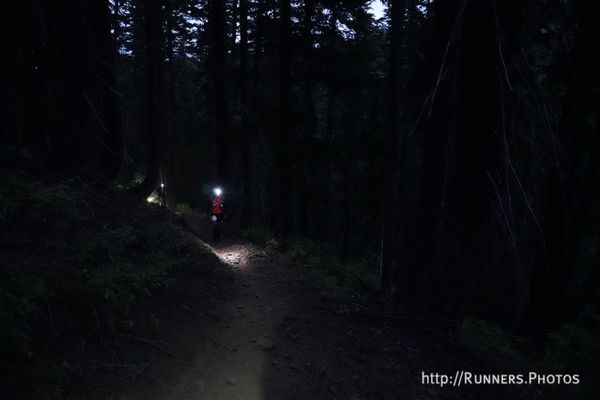 I just ran the inaugural Teanaway Country 100-mile race. A few days before the event, the organizers shortened the course by a few miles due to a wildfire that threatened

Raising teenagers is hard. All of your parenting errors come back to haunt you when your children are old enough to rebel. Teenagers push your boundaries and are notoriously insensitive to their parents’ emotional needs. As a parent, you have to deal with your